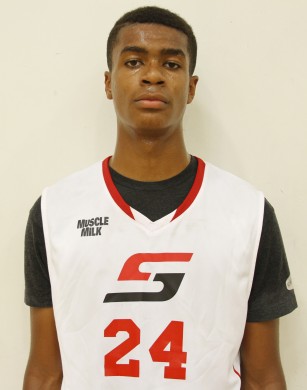 I find it hard to understand why people try so hard to reach a goal they make. At first I thought it was to impress other people. My understanding developed a little more the older I got. I realized that people set goals to impress themselves and that they want to see how far they can take themselves. Now I understand that people play life as a games where they gamble, and can either win or lose.

When I was in middle school I was very chubby. As a matter of fact I was probably one of the least athletic middle schoolers in the nation. In P.E. I would constantly try to avoid any of the games or activities lest I embarrass myself in front of the girls I tried so hard to impress. There were a lot of girls that I wanted to impress actually, so I decided to try playing a sport. I couldn’t play baseball because I was one of the least coordinated kid as well. So in the Fall I convinced myself that flag football was the right sport for me. Jumping into my new venture with no knowledge of the rules of football whatsoever, I found myself on the most basic level. I also found it incredibly hard to understand the routes I had to run and the thousands of plays I needed to remember. Our first game came up sooner than expected. I laced up my cleats warmed up and got ready to play. The opposite team kicked off the ball on we were on our way. I was a defensive lineman so I found myself blocking a very masculine girl from “sacking” my quarterback. The very first play of the game she ran straight towards me. I realized a little too late that I had no idea what I was doing and she ran right through me leaving me on the grass with no air in my lungs and my quarterback sacked.

I don’t like re-telling that story because it is very, very embarrassing, but after my dabbles in the football world I realized that I was not going to impress any girls by getting run over by them. This is when I decided to try a more fitting sport for a 5’10” twelve-year-old. I tried out for the basketball team. The only thing I remember from my sixth grade season was that the tryouts went terribly. The conditioning portion was a disaster. We ran Indian laps around the gym, I was about five or six spots from the back so it would be five or six laps before I would be at the front and determining at what pace we ran. Unfortunately my unconditioned self never made it to the front because in a fit of coughing, quick gags, and tears, I ran to the bench frantically searching for some water and a medical expert. In the seventh grade, however, I got myself in respectable shape because our coach thought that running was the reward to a good game and the punishment for a bad game. That year we won the championship and I finally felt what it was like to be an athletic champion. It sparked a fire in me that still burns to this day. The rest of the year I dedicated myself to get into better shape and getting better at basketball.

By the time I was in the eighth grade I finally earned a decent amount of notice from that girls on campus and I was one of the best, if not the best basketball players at the school. I was always ready to join any type of game or workout. I liked the idea of getting better. The travel team I had been on developed my skills and I could actually make open shots and dribble the ball. I made a giant leap from that previous two years.

Fast forward a year later and I’m on the varsity team at a school that is known for having high major D1 recruits and championships out the wazoo. I love this game because it forces me to push myself to levels that I never thought possible. I love making people proud and when I play this game and I do well my parents beam with pride. That is the best thing. I love to win as well, I love to watch the losers walk off with their sad little faces knowing that I proved I was better. I also love the team aspect of the game, but if the team isn’t a very cohesive one, I think that it is impossible to win. “No! Try not. Do, or do not. There is no try.” 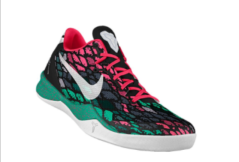 “Success is to be measured not so much by the position that one has reached in life as by the obstacles which he has overcome while trying to succeed.” My name is Michael Bass. Born and raised in Woodland Hills, California. I am 16 years old and attended El Camino Real High School. Basketball was not always my main sport I played. At the age of 5 I started to race dirt bikes competitively. I had always played basketball at school with friends but never took it serious. My whole life was dedicated towards racing. I had won over 100 trophies before my injury. At the age of 9 I broke both of my legs after being involved in a crazy crash. The Doctor told me that I may never walk again and that I should start preparing to live my life that way. Most people would accept that news but I was different. I used that news as motivation to prove the doctor wrong. After a year of intense rehab and therapy I started walking again. My dad wanted me to start racing again but my mom refused to let me back on a bike again. This is when I found interest in basketball. I started to play at the local rec center and that’s where I found out I was kind of good at this game. I tried out for my high school team freshman year and got cut the first day of tryouts. I came back the second day just to watch and one of the coaches recognized me from the rec center and told me too put my shoes on and give it another shot. I went out and made the freshman team. I had to work for all my playing time and eventually played junior varsity where I was captain of our team. This past summer I played with California Supreme but unfortunately I had to have surgery which caused me to miss all of the AAU circuit expect for Vegas. I am now going into my senior year at El Camino and am working harder than ever. I am the only player from our freshman team that still plays basketball. Even when I was told that I can be on the team but I won’t play me never stopped working. I proved many people wrong and I work every day to keep proving those people wrong. It’s the things that people don’t see you do that matter the most. I wake up at 5 am every day to get shots up before school starts and go to the gym after school. I can’t imagine not playing basketball and will continue to work every day!!!! #BucketSquad